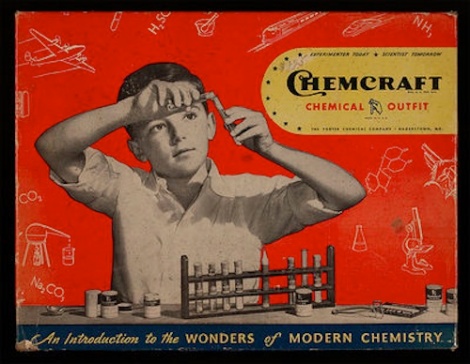 Hat tip to these guys. Lidocaine shelf life is a big issue for medical prepping.

How to make injectable Lidocaine HCL

The following post was previously published here on MSO – it can be seen in its original format HERE.

Almost every other prepper / survivalist that I’ve met shares a similar “hope for the best, but prepare for the worst” philosophy about life.  If this pretty much describes you too, than you’ve probably considered a SHTF situation where, with no access to doctors or dentists, you might be forced to perform some type of minor surgery at home.  Draining an abscess or pulling a tooth maybe.  These are common minor surgeries, but with no anesthesia (or only over-the-counter varieties) they might be very painful.  You’ve probably also thought about how you might treat trauma, like lacerations, punctures, or burns – where suturing, debriding, or removing foreign objects from a wound might be necessary.  Painful enough for an adult, but worse for a child to have to endure.  And while no sane person really wants to think about the worst cases, like having to treat a gunshot, knife, or chainsaw injury to a loved one, you know that ignoring the possibility doesn’t make it any less likely to happen either.  Hope for the best, but prepare for the worst.  TEOTWAWKI might be a dangerous place to live.

Everyone also agrees on the need for First-Aid training and supplies; but in cases of more severe trauma, First-Aid is just that – the “first aid” provided to the victim to limit further harm while getting them to a hospital for professional care.  If the SHTF than the “hospital” is most likely going to be your home, and it’s there that the bandage will need to be removed, the damage accessed, and a decision made on how best to promote healing.  This may require invasive, and painful, examination and treatment.  Some might be able to ‘bite the bullet’, but others, particularly children and certainly animals, couldn’t.  Recoiling from pain is an involuntary response and one of the most primitive instincts.  The lack of an effective local anesthetic would not only limit what medical procedures could reasonably be performed, but also result in unnecessary pain in those that could be.  Now fantasies about an untrained medic performing vascular surgery, nerve or tendon repair, or a bowel resection aside – it is a fact that for some injuries the penalty for surgical failure isn’t going to be any worse than if you do nothing at all, so you may want to try.  Local anesthesia will be needed to help the patient to remain still, or if nothing else than to help ease their pain.

Lidocaine Hydrochloride (HCL) powder is available in lab grades from online distributors if you can’t obtain it in USP grade.  You want “Lidocaine HCL” which is water soluble, not the straight “Lidocaine powder” or “Lidocaine base” which isn’t.  It should be stored at room temperature according to its Material Safety Data Sheet, and has no predetermined shelf life or expiration date if stored in an airtight container – or at least none that I’ve been able to determine anyway. (see note 1) [Grouch adds: I’ve seen some information I consider unreliable enough to not reprint it here, that shelf life may be around 1 year. It’s highly unlikely that the shelf life is truely indefinite.]

The supplies and materials I used:

The isopropyl alcohol shown above isn’t part of the solution, it’s used for cleaning the equipment.  Before you begin, all the equipment and anything they might touch, including you, should be thoroughly cleaned with a disinfectant or antiseptic.  Boil any items that can be.  Scrub and glove your hands.

For the sterile saline, I chose a type packaged in 15ml plastic vials and marketed for nasal irrigation purposes.  Search on “ModuDose” and you’ll find it (see note 2).  Mine were dated as expiring in one year, I plan to use them beyond that date unless they turn cloudy or have particulates in them.  I like this particular kind as they’re the perfect size for creating single doses with minimal waste, and they lessen the chance of contamination by not having to mix and transfer the solution between multiple containers during the process.

With the 2% lidocaine/saline solution vial now sealed shut, place the vial into a small pan of normal tap water, being careful not to submerge it fully – we don’t want any tap water to enter the vial.  Heat the water past 176 degrees Fahrenheit (I found it easiest to place a small glass filled with tap water into the pan the water, like a double boiler) and allow it to remain slightly above that temperature for 2-3 minutes.  Lidocaine HCL melts at 176 degrees F (80C), and dissolves in water.  Allowing the lidocaine HCL to melt, not just dissolve, in the saline ensures even distribution with no chance of particulates.  If particulates do remain at this point, they’re not lidocaine HCL and the solution shouldn’t be used.

Remove the vial from the pan, and keeping it securely clamped closed, allow it to cool.  You now have 15ml of 2% lidocaine HCL ready for use, which is also about the maximum recommended safe dosage for an adult. [Grouch adds: 1) you have also just pasteurized your solution, which should kill most bateria, and 2)overdose of lidocaine leads to lethal cardiac arrythmias.  Amusingly enough it can also be used to treat cardiac arrythmias, but the dose is different. This stuff is great and I use it every day in the hospital, but I offer up this Pro Tip: don’t overdose.]

Use it the same as you would any other vial of Rx injectable solution:  With the vial still clamped shut, clean a section near the top of the vial with an alcohol pad, invert the vial, insert the needle through the plastic section just cleaned, and draw out the desired amount into the syringe.

For different amounts of solution, or to make it in different concentrations, the formula is:

As my first real test, I used a 0.5ml insulin syringe with a 30G needle, and performed three injections for a total of 1.5ml of 2% lidocaine in a 1″ square area just above the knee.  In a real situation a 6-10ml syringe with a longer needle would probably be better, I just have a lot of insulin needles stored so I used them instead.  Surprisingly, there was no sting from the lidocaine solution over that of the saline alone (tested first as the control).  I had expected some mild stinging, as is normally reported with Rx lidocaine without any sodium bicarbonate solution added, but there was no noticable difference. [Grouch adds: about 20% of people don’t experience the sting.  The other 80% have a bee-sting like sensation that lasts about 30 seconds.]

[Grouch furthermore adds: you should take steps to ensure that the skin you are injecting into is clean.  It’s very bad form to inject through a superficial infection into deeper tissue, thereby bypassing your first and most effective infection barrier. In the hospital, you rub the injection site with alcohol swabs before injection.  Any other antiseptic would do, such as rubbing alcohol, 70% ethanol, or chlorhexidine.]

Anesthetic effect was good and as expected.  In other words, the area injected and the immediate vicinity around it was completely numb.  Hospital / Clinic / Prescription Strength numb.  It reached full effect in about 10 minutes, and lasted a little over 30 minutes total before wearing off rather quickly.  The lack of epinephrine and, I suspect, the lower viscosity of the saline used here than in the lidocaine solution available by Rx probably allows it to disperse, and wear off, faster.  In further testing, I’ve used up to 6ml of 2% lidocaine in a single application, and even had some success at performing digital (fairly easy) and radial (not so much) nerve blocks.

In closing, I think it’s safe to assume that the solution should be used within 24 hours and any leftover discarded since it doesn’t contain any preservatives or antibacterials.  With practice and the materials handy it only takes about 20 minutes to make more.  I created a small kit with all the supplies, including pre-weighed lidocaine packets in tiny zip-loc bags that are clearly marked, in case I need to make it in a hurry.  Hope no one ever needs to.

(1) Most sources of Lidocaine HCL that I found listed it as “Reagent ACS” grade, which is not for any medical use.  But that grade does require certification by the American Chemical Society, who tests batches from a production run and provides a Certificate of Analysis (COA) to the manufacturer as part of their certification.  A description of the different chemical grades is available here: http://www.reagents.com/products/reagents/grades.html.  Many sellers will provide this COA on request, but who can say what contamination may have occurred while the seller was repackaging the product into smaller quantities for retail sale?  Or even that the COA is from the same batch they sold you?   If that concerns you then it might help to consider that  thousands, if not millions, of people are snorting this same Reagent ACS grade lidocaine daily, as it’s a common dilutant added to street cocaine.  It’s also a fair question to ask if lab grade chemicals today are less pure than medical grade chemicals used 50-100 years ago.  But then again, what if your seller confused your lidocaine order with someone else’s strychnine order (both being white crystalline powders)?   Just trying to give both sides as I see them – and make a plea that you choose carefully and test cautiously if you decide to try this.  One bit of good news is that you’ll probably only ever need to test a single batch, since one $50 order would be a lifetime supply.

[Grouch adds: reagent grade is likely fine for a grid-down, SHTF situation. Folks have been known to crush pills (with all the associated preservatives, dyes, and so forth) and inject them directly on the spine for surgical anaesthesia. If you have reagent-grade stuff, you are well ahead of the game.]

[Grouch adds: sterile saline would be a better option than distilled water, as the latter is not considered sterile per se. “For injection” is the best, obviously.]

This site uses Akismet to reduce spam. Learn how your comment data is processed.

Follow Hogwarts School of Grid-Down Medicine and Wizardry on WordPress.com